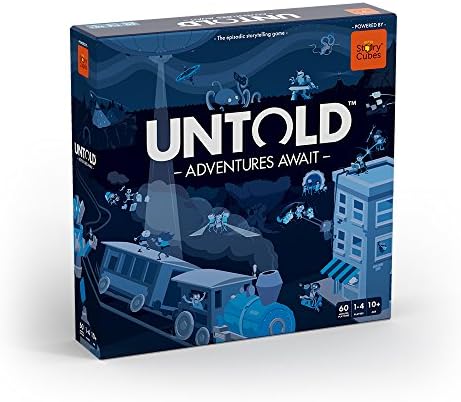 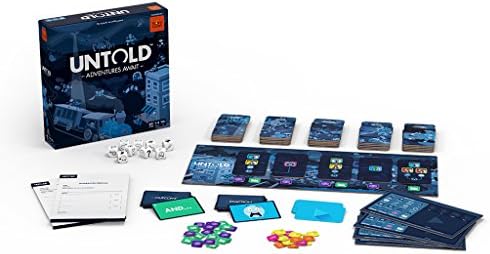 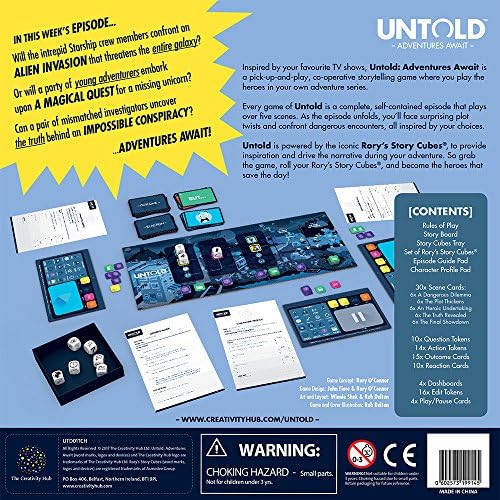 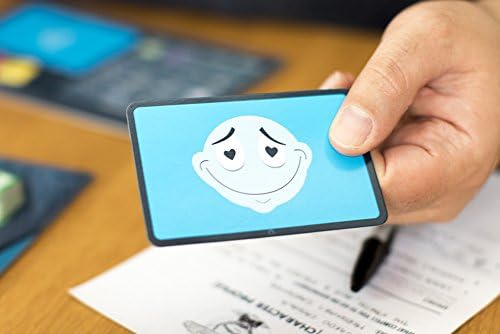 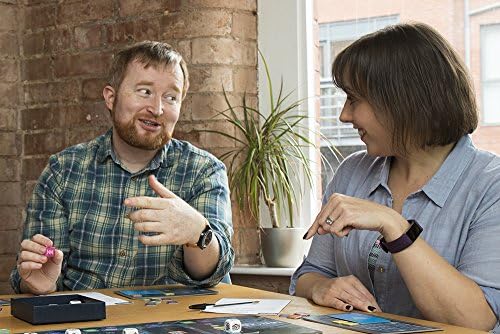 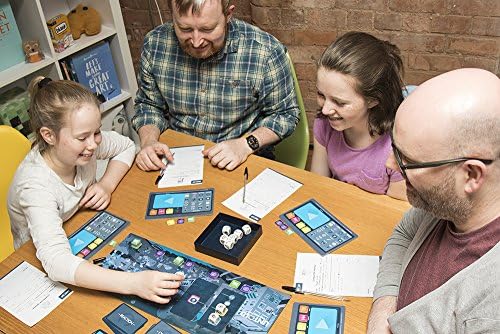 Untold: adventures await is the customizable storytelling game powered by Rory’s Story Cubes. Players become the heroes of a thrilling tale that unfolds in under 60 minutes. Think of untold as your favorite TV Series, except rather than just sitting back and watching, you’re right in the middle of the action! Every game of untold is an Episode of five distinct scenes, each featuring intriguing locations, dangerous threats and shocking plot twists that propel the action toward an epic showdown. Scene cards and story Cubes provide the elements of the adventure, while reaction cards reveal what happens when the players take action. Untold allows players of all ages to experience a rollercoaster ride of action and adventure Thanks to a unique game engine that’s extremely accessible, always unpredictable, and rooted in inspiration. Players can also craft multiple-episode story arcs that will see their characters and their world grow as new challenges arise. Whatever genres of story you enjoy, untold: adventures await lets one to four players experience endless and unforgettable tales. What amazing adventures will you have? They await you in untold!
The pick-up-and-play, co-operative storytelling game powered by Rory’s Story Cubes.
Create a world, design your character and play through an immersive story in an hour!
Play through thrilling one-off adventures or delve even deeper by creating linked episodes in a series.
Ideal for players of all skill levels, from first-timers to experienced role-players.
Contains everything you need to play in a single box, again and again! We use cookies on our website to give you the most relevant experience when you visit Dealors. Dealors does not keep or sell your information. You can either Accept, Reject or adjust cookie settings to your preference. Thank you.
Do not sell my personal information.
Cookie Settings RejectAccept
Manage consent